Tic Tok is formally known as Musically, a short video creating and sharing app (Platform) is no longer available on Google Play Store or Apple Store in India. The app was removed on a request of Madras High Court and Supreme Court on 17th April 2019. India is not first to take such step some other countries like Indonesia and Bangladesh have already banned Tik Tok within the country. Tik Tok has a massive user base of 120 million users and more than 9 million joined after October 2018. A report also says that a tic to user spends around 52 mins on the app per day. Therefore, it can be understood how popular is Tik Tok was. Although the app is open for all age limit, stats say Tik Tok has maximum users ranging from 13 years to 18 years old young.

It’s not hard to understand that it directly affects the youth of the country in various forms such as child pornography, Accidents, Clashes and etc. Therefore, here are 3 Reasons Why Tik Tok Is Banned In India.

Note: All the reason mentioned below may or may not be the exact cause of banning Tik Tok in India. We do not consider Tik Tok guilty for any of the following reasons.

Why Tik Tok Is Banned In India?

Child Pornography is considered to be one of the main reason Why Tik Tok is banned in India and mentioned by Madras High Court. As Tik Tok lets the user post 15 secs long videos, it has been found that some creators were creating Child Pornography content on the platform. Child Pornography is world Wide banned and strict laws are followed for any such activities, therefore similarly Tik Tok has suffered the consequences of allowing users to post such content.

Accidents All Over India

In an ongoing election, there were so many clashes seen within parties but nowadays it has been found that due to TikTok so many clashes are being seen. One of the famous examples of these clashes is Nillu-Nillu challenge. In this student vs local clash, more than 12 people are injured as in this challenge a group of people suddenly stand on the road in front of speeding vehicles and dance on they stop. There are so many more example of such clashes and can be considered a valid reason Why TikTok is banned in India.

So, these are some of the reason why Tik Tok is banned in India. Do you think we missed something comment down below and let us know? 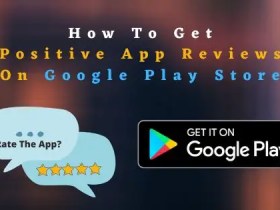 How To Get Positive App Reviews On Google Play Store Best Emoji App- Which One To Choose?